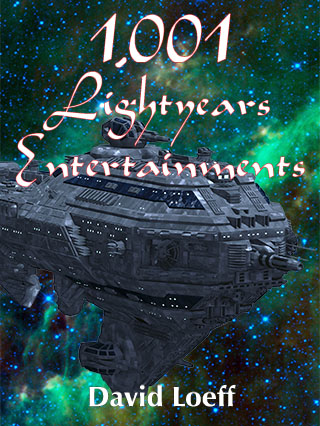 Thousands of years after humanity colonized other worlds, only seven of those have allied as the Galactic Commonwealth. These seven, self-styled, enlightened worlds set themselves apart from hundreds of so-called barbarian worlds. While the worlds of the Commonwealth have access to superior technology, its literature has become formulaic and tame. Much of the folklore told on the known barbarian worlds, and by the starfarers who travel between them, has roots in an ancient Earth literature, once known as the Arabian Nights Entertainments. A sampling of the coarse and unsophisticated, yet less predictable and bland, literature and folklore of the barbarian worlds is presented here as 1,001 Lightyears Entertainments.

There was much to do before they could marry. He asked Izayza to be one of their witnesses. At first she refused, “Raheem, you’re making a huge mistake. A woman such as this can never make you happy.”

“Her voice is melodious as warbling night doves. Her conversation is as astute as a scholar’s and as expressive as a poet’s. And her beauty surpasses that of any woman in our village. Except for your own beauty, dear sister.”

“Brother, you haven’t seen her feet. You cannot marry this maiden.”

“How can I not? Such beauty, such talents, such charms.”

Raheem persisted and at last, Izayza relented and agreed to lend her presence at the wedding, even if she could not give the marriage her blessing. She agreed, too, to ask her husband and returned to the kitchen to do so. Tzoot, who prepared the food, agreed to act as witness for his brother-in-law on condition that the wedding be held during the afternoon calm between the lunch crowd’s departure and the arrival of the evening revelers. 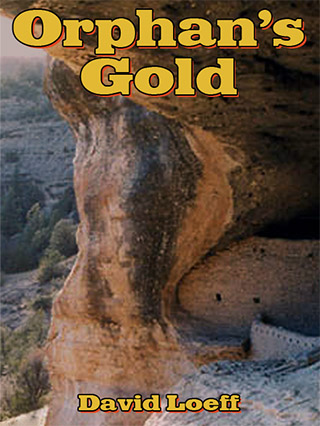 Virgil was nearly 14 and old enough to mine gold with his father. Although the wagon journey to Colorado will be difficult, soon Virgil’s rite of passage will include a strange puberty rite and a deadly mammoth hunt. The future holds the key to Virgil’s survival, but only in the distant past can he regain his love.