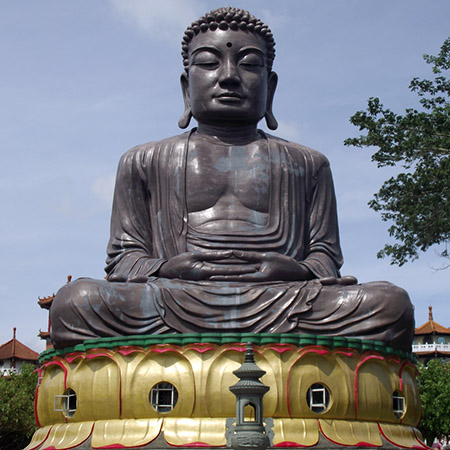 A Visit to Changhua

We arrive at the bus terminal at 6:00 a.m. We are going to Changhua, a city to the south of Taichung, where we will pick lychee fruit. Unlike lychee nuts, these are fresh, not dried.

Our group fills almost every seat on the bus. Each of us paid about 20 U.S. dollars to cover the cost of bus rental, insurance, meals and refreshments. Our destination is the farm of a group member’s retired aunt and uncle. We’ll have fun picking their lychees, and satisfaction  knowing that their fruit won’t go to waste.

We arrived in Changhua about three hours later, and set to work harvesting the lychee fruit from the field in back of the farm house. The group picked lychee fruit for 45 minutes and then returned to the house to chat and pack fruit into cardboard boxes. 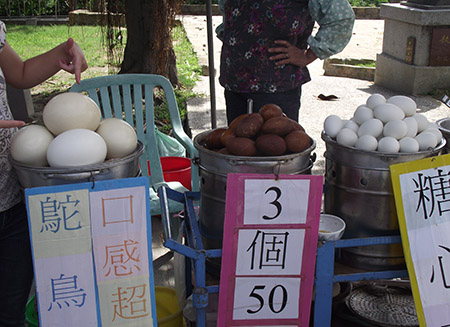 Then our hosts’ three daughters served a tasty lunch accompanied by sweetened tea, beer and wine. There were two dishes of fresh bamboo shoots. One was a simple preparation of sliced shoots topped with mayonnaise. The other consisted of bamboo shoots mixed with other vegetables and meat slices. There were also egg rolls made in the local fashion with softly fried wrappers. Additionally, two chicken dishes and two soups were served. I particularly enjoyed a soup made with sliced scallops and ginger slivers. As we were finishing lunch someone proposed a toast to our elderly hosts and their three daughters.

Before leaving Changhua, our bus stopped in front of its famous temple. The temple’s Buddha statue is 72 feet tall — the tallest seated Buddha in Taiwan. Statues of bodhisattvas and food vendors’ stands lined the approach to the temple. My favorite vendor sold a variety of cooked eggs, ranging in ascending size from quail, chicken, duck, goose and ostrich. The ostrich eggs were priced at 350 Taiwan dollars each, just under 12 U.S. dollars.