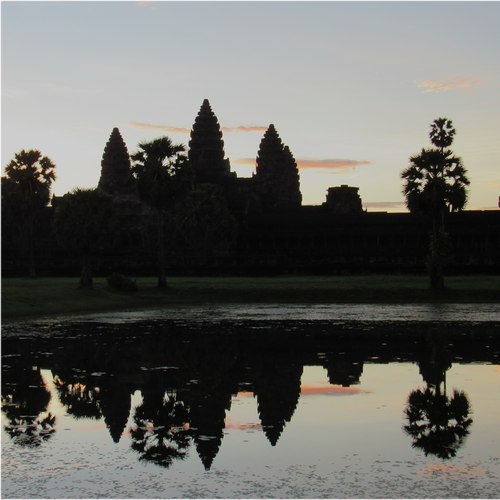 In Cambodia we visited two cities, Phnom Penh and Siem Reap. Although Phnom Penh has tall buildings, those in Siem Reap only achieve a few stories. While Siem Reap has a small-town ambiance, it also has Angkor Wat and other large structures dating back to when the Khmer people ruled much of southeast Asia. 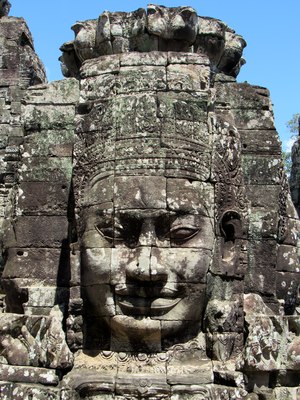 Angkor Wat was our reason for going, so Siem Reap would have been our only Cambodia stop had there been more direct flights. The temple complex—Angkor Wat, Bayon and Angkor Thom — is huge and awe inspiring. You can buy a one, three, or seven-day pass. We went with a three. The pass is good for a week — since temple visits can be staggered, it’s best not to try to take everything in at once. Initially we made tour and van arrangements through our hotel. Later we made our arrangements directly with a tuk-tuk driver. I prefer riding an open-air tuk-tuk to stepping out of an air-conditioned van into sweltering heat. It might not have been so hot if we'd gone during the popular winter season, but we went during the less popular, and less crowded, summer rainy season. We lucked out. It didn't rain all that often or all that long.